The Lumberton Area Chamber of Commerce held the Chamber Golf Classic recently at Pine Crest Golf Club.  It was a great Chamber weather day and with approximately 100 players  the tournament was a great success.  Peterson Toyota,  Chrysler, Jeep & Dodge was the hole in one sponsor, Outback Steakhouse provided the lunch, Pepsi Bottling Ventures and Healy Wholesale Company Inc. provided beverages.  It was a great day!  The Chamber would like to thank all volunteers as well as Tim Taylor and the City of Lumberton for all they do to assist the Chamber.  The finance committee was led by Tournament Chair-Suzanne Abbott along with  Maureen Metzger, Debbie Branyon and Judy Garner.  Tournament day volunteers were Suzanne Abbott, Bob Fisher, Cheryl Page, Linda Branch, Jennifer Stephenson, Judy Garner and Rhonda Williamson.

The Lumberton Area Chamber of Commerce would also like to thank Dwight Gane and Chris Jackson owners of Pine Crest Golf Club for making this such a great outing for our members. 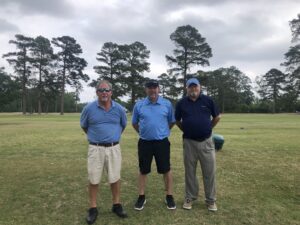 Input a name or select from a category in our Member Search below to view our current members.